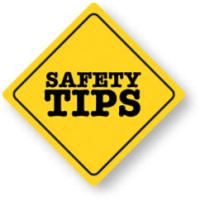 A reminder to not be in a hurry to meet in person, and when you are ready, to meet in public, crowded places:

At least half a dozen armed robberies in Nebraska over the course of two weeks are linked to dating apps Tinder and Plenty of Fish.Police say the suspects use the apps to lure men to secluded spots and rob them.

“Men aren’t taught to be as cautious and leery as women are,” said Ericka Souter, editor of Mom.Me.There have been similar incidents in several other states.Tinder says it’s supporting police in the investigation into these incidents, while Plenty of Fish is reminding users to never meet at a home, hotel, or secluded location.
(via ABC, “Police say thieves using dating apps to target victims in robberies“)

Member safety is a top priority on the Friends Match Me dating app, and that’s why we don’t do geolocating – when adding the app to your phone, you don’t give the location permission to keep pinging your phone for just where you’re at, unlike apps such as Tinder.  But, in any case, it is important for members to take safety measures and precautions.  You can check out our Safety Tips here.