A Japanese lingerie company has put on the market the solution for the guys without the Charlie Harper magic fingers, a bra that self-opens for love – true love only, that is.  The bra measures the woman’s heart rate increases caused by love – vs exercise that they say apparently does not do the trick.  It sends the heart rate data to the smartphone via Bluetooth technology, the special app program analyzes it, and when it determines that there is true love going on, the bra busts open. 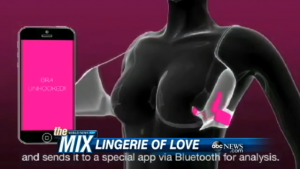 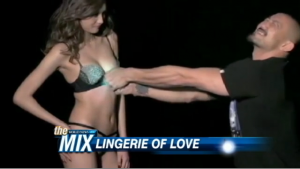 Or kind of like a chastity belt, for the chest that is.

(via Hi-Tech Bra Opens for Love, “The Mix” on ABC)