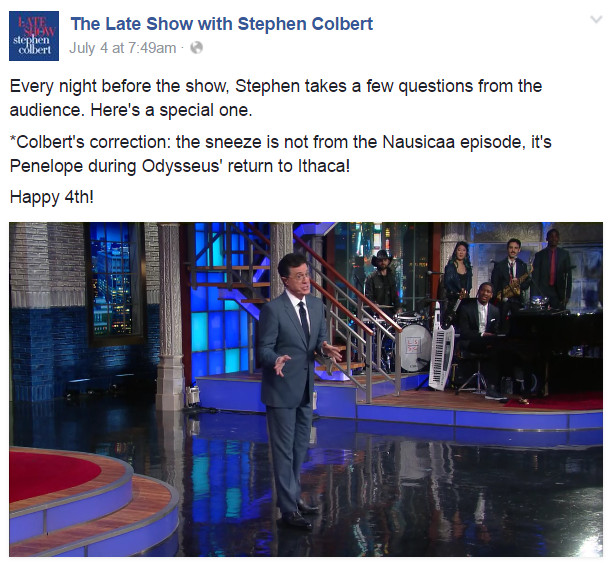 Stephen Colbert answers an audience member’s question on this in about 6 minutes.  Starting from an ultimatum from his then girlfriend to marry or break up after dating for a few years, going to his hometown Charleston, South Carolina to think about it for a week, to his discussion with his mom and helpful advice after getting off the plane that “I don’t know” isn’t good enough when answering the question if you want to marry someone, to spotting a woman at the lobby of the theater he went to with his mom that night when his sister couldn’t make it and thinking “her” – that’s who he’s going to marry.   Trading looks at the lobby of theater and then in the after party the woman cuts in line to grab a strawberry and he takes it has his open to say hi – turns out that they both grew up together in the same area and have a bunch of mutual friends.  They talk for 2 hours and about poets they like, including the North Carolina poet Chuck Sullivan, then a man interjects if they are talking about Chuck Sullivan and that Chuck Sullivan is his father.  Stephen takes this as another sign – a sneeze blessing as in the Odyssey, as he gets Chuck Sullivan’s address and couldn’t find any recent published works of his.  Stephen wonders if this is too perfect, is the woman is just being nice to him because she is polite, so as she is talking to Chuck Sullivan’s son, he turns his back for a minute to give her a chance to leave, he turns around after that minute and…she’s still there smiling at him…and now they’re married! 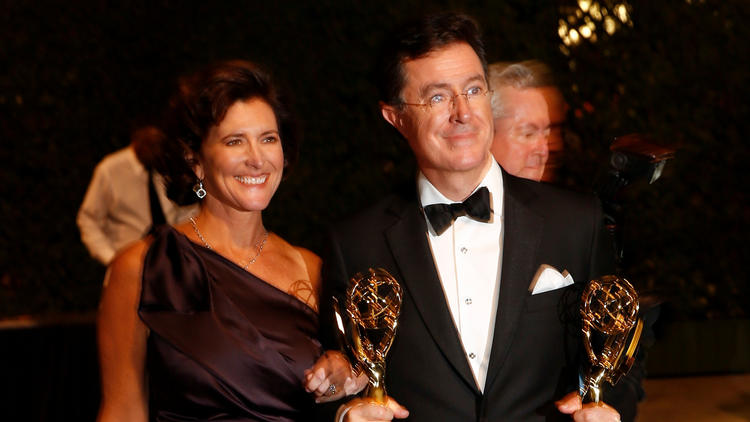 Find your match with a little help from your friends (indirectly!) too on Friends Match Me!