Your math teacher was right – math does apply in every day life, in everything.  Even in relationships, dating and breakups – although I would agree with Jerry Seinfeld when he said accounting does not belong in successful dating/relationships!  But the statistics do exist.  Here are three graphical representations of the relationship, dating, and breakup trends…it’s kind of like an adult version of the school science fair:

1) When do most breakups occur?  The breakup curve climbs after February 14th, Valentine’s day, peaks at March and then spikes up again on April 1st, April Fool’s Day (no joke!).  In the fall the breakups rate is at the lowest, and then right before the winter holidays it peaks up.

How accurate is it?  It was made by  measuring “the frequency of the words ‘breakup’ or ‘broken up’ out of all Facebook status updates on each day.”  Need some salt with that?

2) If you’re dating someone under 30, there’s a 53 percent chance that they won’t even bother to break up with you in person.  For all those growing up in the 90′s, as Stephanie on “Full House” puts it: ‘How rude!’ 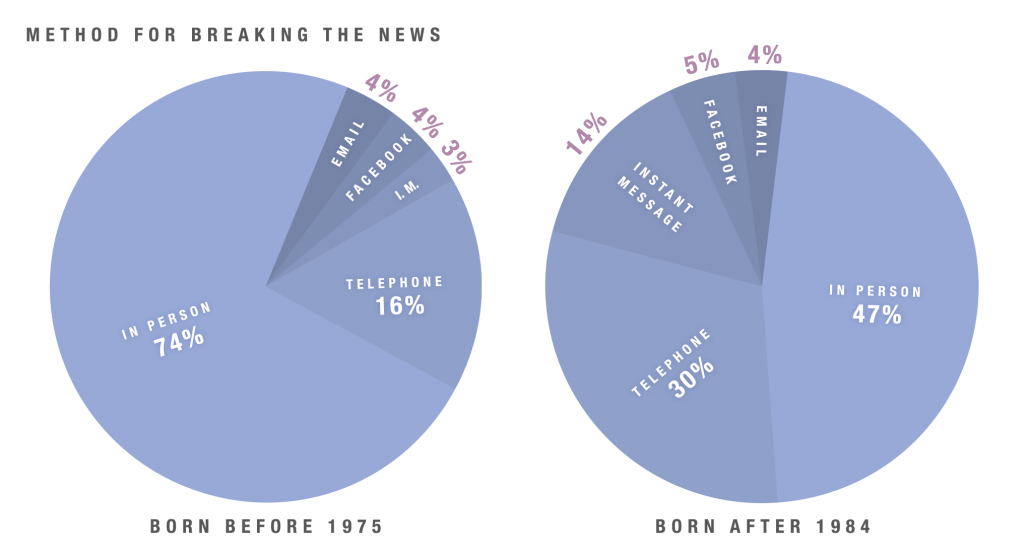 This data was collected using a polling app on Facebook asking single users how they ended their last relationship. 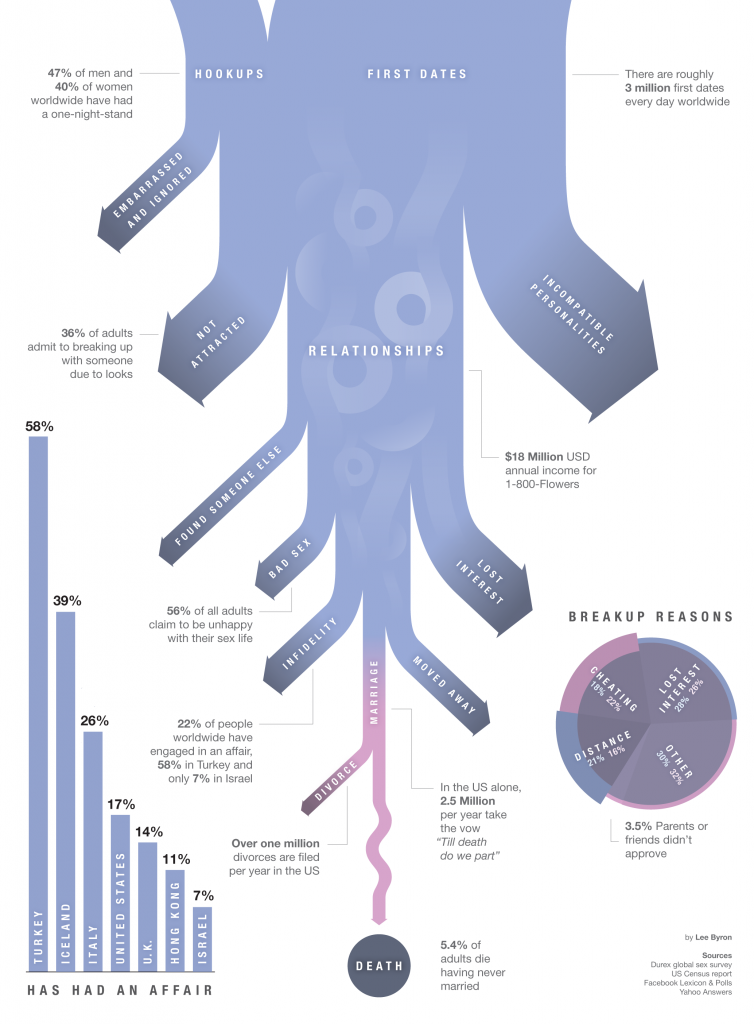 There are about 3 million first dates every day worldwide.  In the US, 2.5 million people per year get married and over 1 million divorces are filed each year.  Worldwide, 5.4% nevery marry.  47% of men and 40% of women worldwide have had a one-night stand.

The statistics even include that relationships bring in $18 million USD in annual revenue for 1-800-flowers.

Nice science project.  Now forget about it all, and jump into your next relationship with all the hopes and dreams you want.