Who knows your match better than you?!

You enter your match preferences on friendsmatchme.com, save and search.  You tell friendsmatchme.com who you are looking for, and you get the results of people who match.  You can also search for who’s searching for you…well, it’s good to go both ways, right?!  It is interesting for sure.  But some dating sites do the math for you and even limit the matches they show you, leading some “hacking” to do their own math.  Also involved: lots of fake dating profiles. 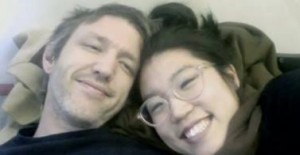 Specifically, the numbers whiz created several fake profiles in order to collect data on women across the country and then created a special algorithm to hack the system. He suddenly found himself matched with thousands of women between the ages of 25 and 42 in Los Angeles, all with 90 percent and above compatibility. His system had worked.

After 88 first dates he finally found the one: a 28-year-old artist who lived near UCLA named Christine Tien Wang.
(via Math Genius Hacked OkCupid In Quest To Find ‘The One’)

Similarly, journalist and digital strategist Amy Webb created several fake men profiles on the dating site she was using in her quest to find her prince charming.  You might be wondering, why would she create fake men profiles to attract women if she’s looking for a husband?!  Answer: She wanted to find out which women were attracted to the kind of men she was looking for, to adjust her profile accordingly.  (We recommend following dating tips instead:)  Webb’s dating tips summarized: it is not a good idea to copy/paste from your resume to your dating profile (lol!) to save time or because you don’t like answering the questions.  Good to post attractive photos, be yourself but show yourself in a good light, be positive, don’t write a term paper. Making the updates to her profile, Webb says she got her profile ranked “most popular”.  She did add that she wouldn’t send out any messages to get her “research”, just receive them (so not total catfishing).

And Webb also came up with her own math to find her match, instead of relying on what the dating site told her is her match.  After getting stuck with a huge bill the size of one months rent by a runaway date at an expensive restaurant, Webb decided to rate the men who contacted her online by her own devised points system based on what is important to her, and to only go out with the ones who made the score.  In case you thought I was making all this up, here’s the video!!

And she scored.  All those numbers and charts… sounds a lot like Reuben Feffer on “Along Came Polly“, with Ben Stiller and Jennifer Aniston, right?!  Mazel tov!

You don’t have to create fake profiles (actually it’s against the TOS to do so) to find your matches on Friends Match Me.  We don’t limit the number of profiles you get to find – you tell friendsmatchme.com what you are looking for and it shows you who matches.  Wouldn’t it suck to find someone on a dating site that you really liked, only to find they were fake?!

You might think that perhaps paid dating sites have a lower chance of fake profiles – after all you have to pay to read/send messages then.  Webb created so many fake profiles and was receiving emails from other members with the fake profiles – if the website was a paid messaging dating site like match.com or jdate.com, that could be really expensive unless there was some sort of free period promotion.  But even paid dating sites have fake profiles.  For one thing, they are free to create.  We try to keep fake profiles to a minimum on Friends Match Me by 1) We don’t buy profiles, everyone on the dating site has actually logged in with Facebook, and 2) We require Facebook login for all accounts.  So for a user to create 10 fake profiles for “research” or whatever reason, they would also have to create 10 fake Facebook profiles.  Also, the good thing about Friends Match Me is that you get to find out if the other members share any mutual Facebook friends with you or have similar Facebook Likes.  Probably less of a chance that a profile is a scam if you have a mutual Facebook friend with them.  Jimmy Kimmel did say to choose your Facebook friends carefully.