Los Angeles Dodgers Stadium: Astros shortstop player Carlos Correa proposed to his girlfriend, former Miss Texas Daniella Rodriguez, on live tv mid-interview, right after his team won the World Series title with a 5-1 victory in Game 7 on Wednesday night.  Boyfriend-grilfriend for over a year, Rodriguez did not know Correa was thinking of this next step and was completely surprised:

A great day for @TeamCJCorrea just got even better. 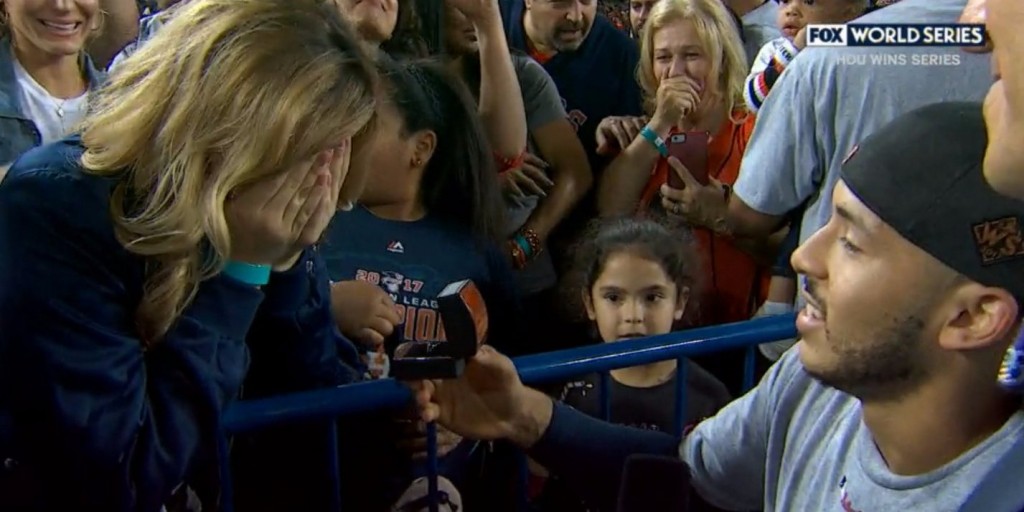 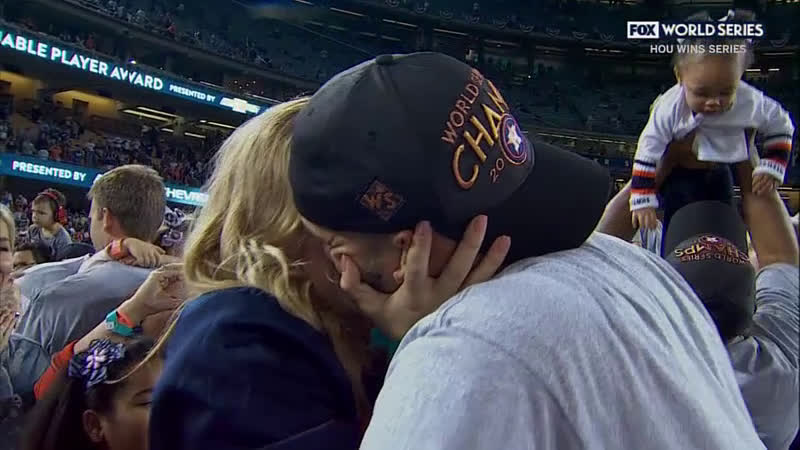