It’s a small world.  Facebook (and Facebook dating app Friends Match Me!) often reminds us of that with the mutual friends feature.  And sometimes it’s a small world even when you’re not really paying attention to it and just enjoying the ride.  Kind of like the movie “Sliding Doors“.  Or “Serendipity“.  It’s nice to think that eventually you will find and connect with who you are meant to be with, your match.  When the time is right.  Perhaps it’s not just nice to think, but actuality.

New Jersey couple, Jourdan and Ryan Spencer found out that they had crossed paths as kids at a theme park 16 years before they had met.  They were watching Jourdan’s childhood home videos of her family’s July 1988 trip to Sesame Place in Langhorne, Pennsylvania.  Jourdan’s mom Janice and sister Gillian were waiting for Jourdan, then 10, to return from a water slide.  And then a boy came into the frame, her future husaband, 13 year old Ryan.

“It just matched up with the time, how old I was, the big glasses, the hair. You can just tell it’s me,” Ryan said.

And Ryan’s family confirmed it.

Jourdan and Ryan grew up 45 minutes away from each other in New Jersey and officially met on a blind date in April 2004, married in 2007  After finding out about the theme park chance encounter, they also learned that they were at the same Rolling Stones concert in 1989. 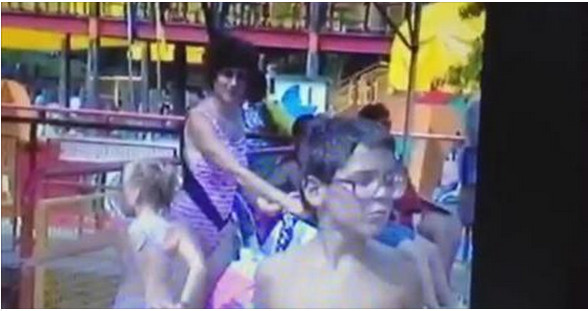 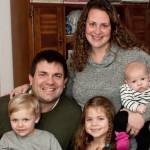 Ryan and Jourdan Spencer, with their children Sophie, 6, Max, 3, and Mabel, 5 months.

“Sophie thinks we’re famous. She just doesn’t understand. She asked, ‘How did daddy know that you were there?’” Jourdan said.

“I do really believe that people come into our lives, and every person we meet has a purpose,” Jourdan said.

“And we definitely were supposed to meet.”
(via ABC News)

It’s a small world after all.  Cue Disney music! lol